Modern locks are a pest

What happened to the good old mortice lock where you didn't have to do a dance with the doorhandle to get the key to turn?


I've found it with everybody's lock. To lock the door (or is it unlock, I can never remember which [1]), the handle has to be lifted first, as the key doesn't have enough torque to move all 7 latches.
[1] That's the problem, if you forget which, you break the key or mechanism.


Both links are the same.
However, it's a sensible one, a single bolt into the frame. It's the ones with 7 all around the door which require a lot of force to lock and unlock, which you cannot provide with the key, so you have to remember how to operate the handle to assist it. And if anyone else tries to use your door, they end up breaking it.


You get that too? I've noticed lately (newer Windows?) that copy sometimes just doesn't. When I looked it up, it happens to many people. Sometimes the computer just doesn't bother. It can be quite embarrassing when you paste something into a live conversation in a chatroom which was not what you meant to, but a previous copy!

It's common in the UK, and I assumed everywhere. In fact my link is to an American company. This is a 3 point. I can't find a picture of a 7 point, although most are now 7 point here. https://codeldoors.com/features/multi-point-hardware/

You don't want the extra points? Disconnect them.

Apart from the fact you're running Windoze, it's operator error.

My security door has a 3 point, never had an issue with it. Try lubing all the points. You might be amazed at the difference it makes.

How can it be made obvious?

If you turn a key and it doesn't move the insides, the key can snap without you having particularly strong fingers. Bring back these! 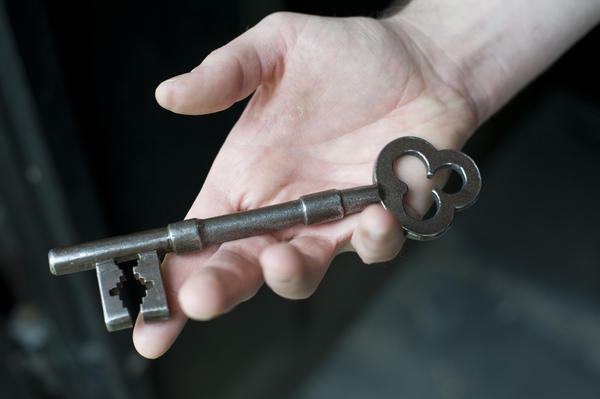 It never occurred to me that the key *might* move the latches, to even think of trying it. I thought latches were *only* moved in and out by the handle, and the key released a lock that allowed the handle to move, with an interlock that won't allow the key to lock the handle unless the handle has first been used to lock the latches.
It's a little more complicated that a mortice lock, but once you've had it demonstrated to you or you've read the instructions, that knowledge can be used for every modern lock that you might encounter.


I want it to be simple, like the old doors. The handle allows you to open the door. The key locks the door. Those are two seperate things that should not be connected. The key simply moves a separate bolt across which is nothing to do with the handle: 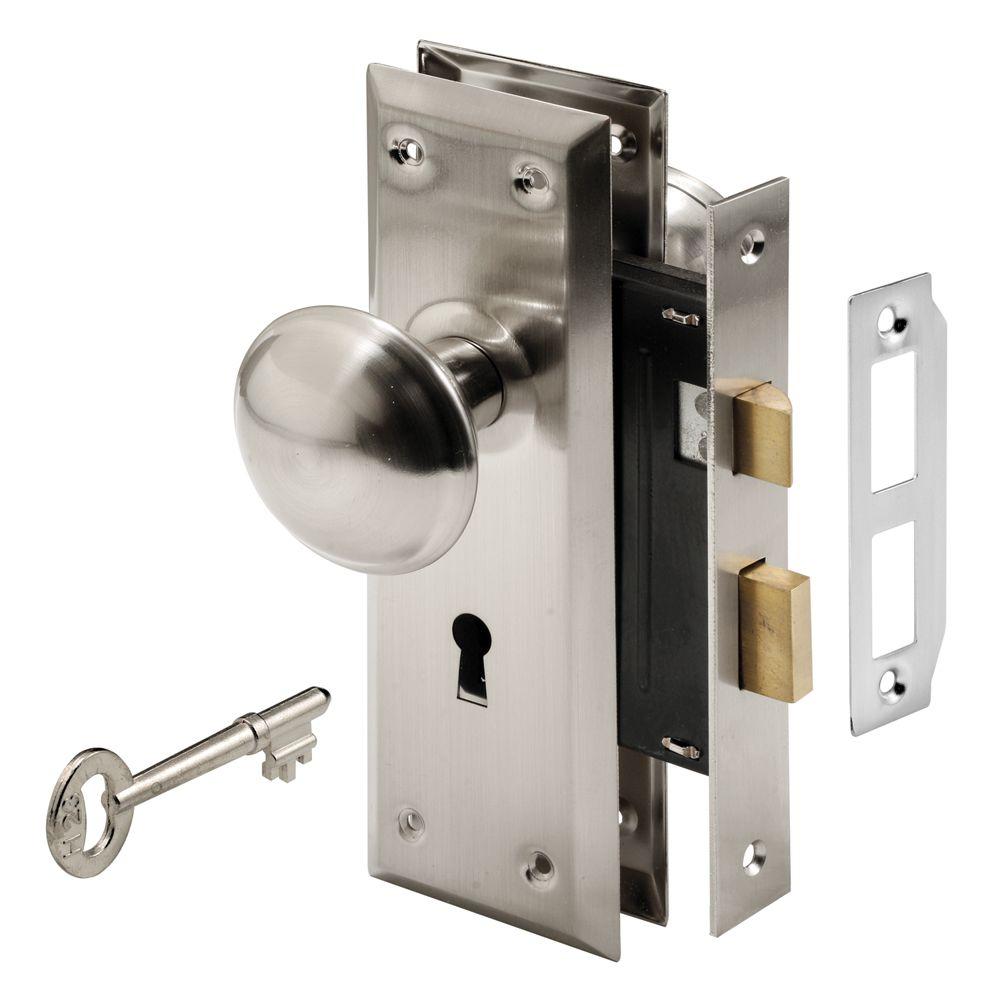 https://images.homedepot-static.com/productImages/b7a809b7-349c-4697-9d5e-c443f224a198/svn/prime-line-door-lock-accessories-e-2330-64_1000.jpg
Notice the handle at the top moves the top latch. The key moves the bottom latch.
And you're wrong - if you shut a 7-point door without locking it, only one latch engages, the standard one to hold it shut, next to the handle. To lock it, you need to engage the other 6, which means lifting the doorhandle (very unintuitive, handles always go down), then turning the key. Trying to turn the key without lifting the handle can break the key, since the little key cannot move 6 bolts.


I don't think the key is even *trying* to move the bolts. I think the reason that the key would break if you applied enough force is that it is blocked from turning while the bolts are retracted. The way to prove this would be to try to lock the door when it is open, which would allow the bolts to be extended without the extra friction of each bolt against its striker plate in the frame. I just tried this and the bolts did not move. The only way to move the bolts on a modern lock is to raise the handle - and I agree, it *is* counter-intuitive to raise it rather than lowering it.
Of course it takes a special sort of stupidity to apply more and more force to the key, in an attempt to unlock the door, instead of thinking "the key isn't turning - I must be doing something wrong". It's difficult to remember back to the first time I encountered a lock like this. I *think* I might have tried lowering the handle to see if that made any difference, and then tried raising it - ah, that's the trick.
You can get a problem with a badly-adjusted door where the handle doesn't quite shoot the bolts fully out, and so the key won't turn. When we had a new door installed (or rather an existing door and frame moved by the builders to a newly-cut aperture in the wall), it wasn't quite adjusted correctly and it was necessary to pull the handle up quite firmly and hold it in that position in order for the interlock to be cleared so the key would turn to lock the handle. But that was soon sorted out.


The trouble is if you do it wrong, it doesn't take much force to break the key. When it doesn't turn, do you add more force or have you done something else wrong? It's like flushing a toilet, how hard do you push the lever? Too hard and it breaks, not hard enough and it won't flush. There's a fine point in the middle somewhere where the device functions.

Brute force and ignorance! Deadly combination. In the repair game, you encounter victims of that *all the time*.

Possibly a clear case of RTFM.

Au contraire, that is *very intuitive*. If the downward movement *opens* the door, it's a very small step in logic to suggest that raising the handle *locks it*.

I realise with the sub par endowment the good lord handed you, a lubricant would not have been a fixture in your *experience* but, rest assured, lube those pins and it will go in like Flynn.

Probably about 100 of them were like that, and 5 not (which were all older doors). Of course this is the UK, there may be different ones sold in other countries.

There is no way a key, or your fingers, could move 7 bolts, that has to be done by the handle.

Clare's point is well made then.

Your country has cheap locks. That's not the case here.