I’ve just picked up an old Eumig 8mm projector along with family films from my mother’s flat. Amazingly the projector works just fine. I assumed all the belts would have rotted away but it seems to use chains.
Anyhow, some of the old acetate films could do with a bit of repair work and I have a splicer but no acetate cement. What is acetate cement? Could I just try acetone or is there more to it than that? There are some small bottles available on eBay but they’re pretty pricey.
Tim


If it really is acetate film and needs 'repair work' then you need experienced professional help, it will disintegrate almost as you look at it. However I *suspect* it's not really acetate film.

How old are the films, roughly. My dad's Super 8 films from late 60s to late 70s were shot on either Kodachrome or Fujichrome. The Kodachrome ones can be spliced with acetate cement (which did not smell of acetone - it was a very characteristic smell, but not acetone) whereas the base of the Fujichrome ones isn't dissolved at all by the solvent, and can only be spliced with perforated tape.


They’re from the 70s. They don’t feel or look like they’re in danger of disintegrating imminently. I think they’re mostly Kodachrome.
Tim


Yep. In was in the box of bits with the projector.
Tim


You should find that they will splice with splicing solution. I'd be cautious about using superglue.
Is the splicer one which makes a zig-zag cut, separates the two ends of the film to allow you to apply solvent to each cut end, and then moves them together so they *butt up* to each other and the softened acetate can weld together? As opposed to one which scrapes the base so it is thinner and then *overlaps* the ends by a frame?
When you play the films for the first time, keep your hand on the projector's off switch, ready to switch off if the film doesn't feed properly. There are two feed sprockets, up just upstream of the gate and the lens, and one a long way downstream, beyond the sound head (if the projector has sound). Film can bunch up in the area between the input sprocket and the gate, if the little claw in the gate which advances the film frame by frame jumps out of the sprocket. Also the loop that you need to leave between the gate and the sound head can be dragged tight (I'm never sure how that happens!), which causes the picture to jump vertically.
In this image 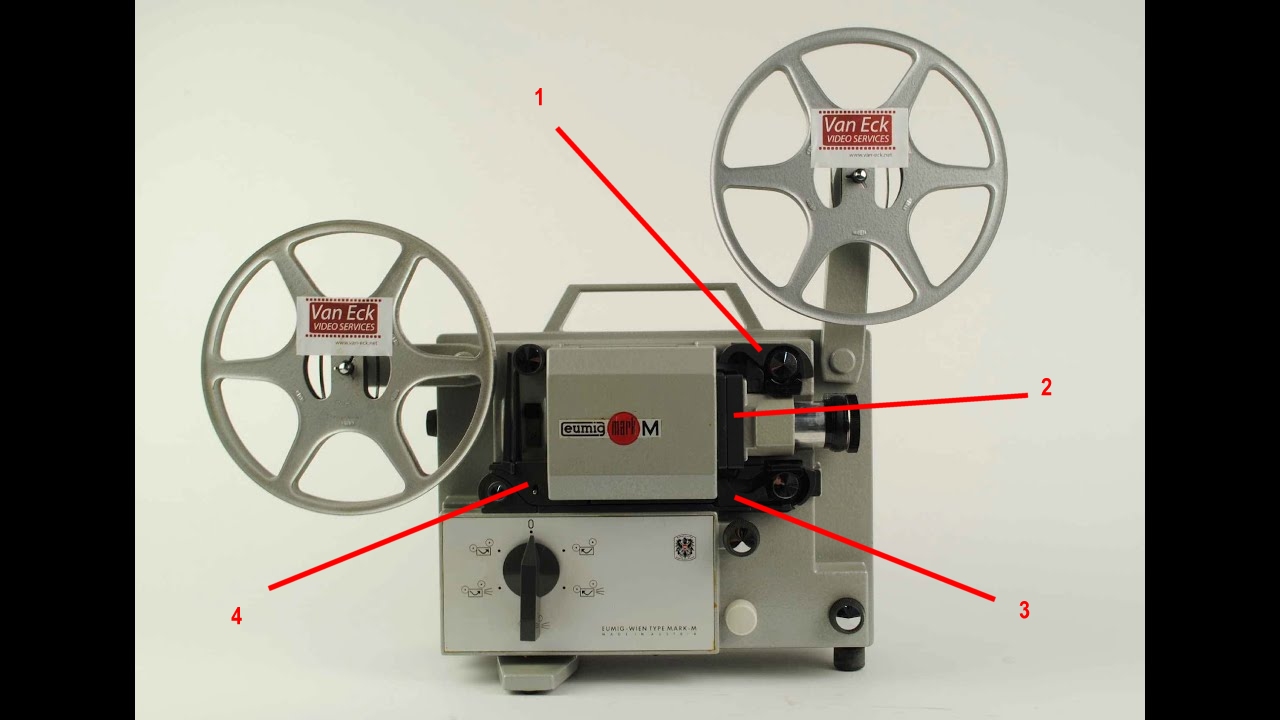 https://i.postimg.cc/ZR5jZ84n/Eumig.jpg
1 = feed sprocket and spring-loaded "loop-creator"
2 = gate
3 = loop before sound head
4 = take-up sprocket
When you are feeding a new film, you hook the film onto the feed sprocket, press the spring-loaded "loop-creator" (I can't think of a better name for it!) and run the projector for a couple of seconds to feed the film through the gate and towards the sound head. Stop the projector and release the loop-creator. Thread the film through the horizontal slot of the sound head, leaving a gap of a few mm rather than pulling it tight - there is a little dashed line on the case which shows roughly where the film should sit. Hook the film onto the take-up sprocket and then onto the take-up spool. You *should( now be good to go.

Instant meltdown if the film fails to feed. How much of an issue that is with 8mm I don't know, I only ran 16 & 35. I wouldn't be surprised if you could use an IR filter to reduce the problem, never tried.
NT


Hence always do the feeding with the bulb off, and then when the film is running OK, turn the bulb on - and hope the film doesn't jam later on. In my experience, some films (mainly the Fuji) seemed to be more prone to folding up in the gap between the feed sprocket and the gate. It was rare to get a jam after the gate: the usual failure there was loss of the intentional slack before the sound head - once the film pulled taut, it came out of the feed claw in the gate, leading to blurred pictures which jumped vertically because the shutter opened during the time that the film was advancing. I earned a few brownie points on a course that I was on, when the 16 mm projector suddenly started doing that. I knew of the symptom and the cause from my dad's Super 8 projector, so it was just a matter of finding the corresponding location of the take-up sprocket, unthreading the film to feed a couple of frames back through the sound heads to re-create the loop, and the job was done.

On the kit I've worked there's no way anyone could feed the film with the bulb on. It would never make it through the gate. But that was all ancient pro equipment. And I'm using the term 'bulb' loosely with the Kalees.
NT


No LED replacement? Or HID?

--
*ONE NICE THING ABOUT EGOTISTS: THEY DON'T TALK ABOUT OTHER PEOPLE.

balsa cement is the same thing #

It is film base dissolved in either acetone or methyl ethyl ketone.


Ah! MEK - that's what the sweetish smell is. I should have thought of a ketone, given that I remembered the sweet smell.


I thought they used special tape- a bit like sellotape- which you placed in the spicer and it squeezed it down, trimmed it, etc. I half remember seeing it done once or twice.


Oddly enough that was my memory too but I think I was confusing it with magnetic tape splicing. Taping a film splice is going to mess with the sprocket holes so I don’t think it would work.
Tim

Professional film splicing does use tape because it is stronger than solvent-welding of the film base. The tape is designed to be as near invisible as possible and has sprocket holes punched in it (or else maybe the splicing tool punches them).
To get completely invisible splices, cinema films and high-quality TV drama use a technique called A/B roll editing, in which the shots are divided into two alternate groups and assembled with black film in between. See https://www.mvrop.org/cms/lib03/CA01922720/Centricity/Domain/60/FEIST-Editing.pdf "A/B Rolling".